For more than fifty years, Performance Art is an important field in the history and present of contemporary art. Using the human body as material, instrument and framework of an artistic concept, the performance artist mostly critically reviews existential matters related to socio-politics, psychology, sociology, feminism or gender discussions. Always, the moment and place of the actual work, where the artist performs in front of an audience is of fundamental importance.

The authenticity and reality of the artistic process, in which the performer directly shares the time and location of his artistic experience with the spectator, gives this discipline a unique aura. When mediated or transmitted via other media like photography or video, a lot of its energetic and auratic energy get lost. This is why recording, archiving and communicating performance art is so difficult. Without the sharing of the same moment and place, a lot of the performance’s immediacy and authenticity gets lost. Then, instead of experience, representation is given. So, the question is: What happens after the actual performance? How can one store the performance, and how can it be presented in an exhibition? 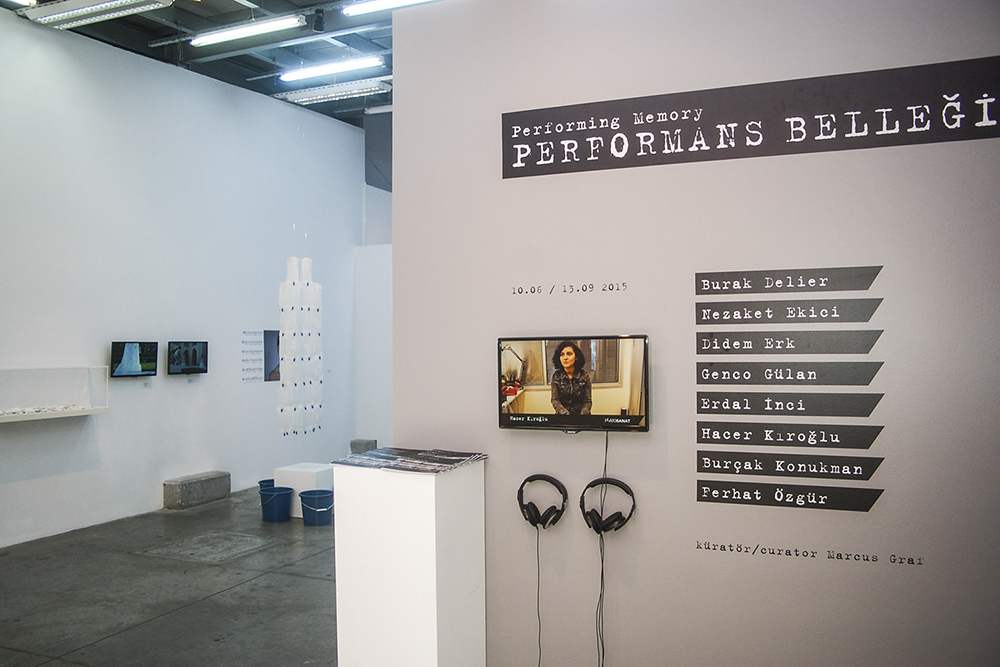 The previous exhibition at Plato Sanat reviewed the state of performance art in Turkey by bringing together eight artists, of whom some were important representatives of life-performance while others use performatif acts of themselves or other people in their video works. In Turkey, performance art is rather under-developed due to art historical and sociological reasons. This is the reason why Performing Memory wanted also to support the discussion of performance art in order to propel its development.

Besides presenting great artists, the show also discussed the recording, presentation and archiving of performance art. That is why next to traditional ways of its documentation via video, and photography, relicts and objects that were used during a performance was exhibited. In this context, Performing Memory critically reflected upon the possibility of causing an immediate experience and authenticity of the artistic moment in an exhibition, where everything is represented and symbolic. 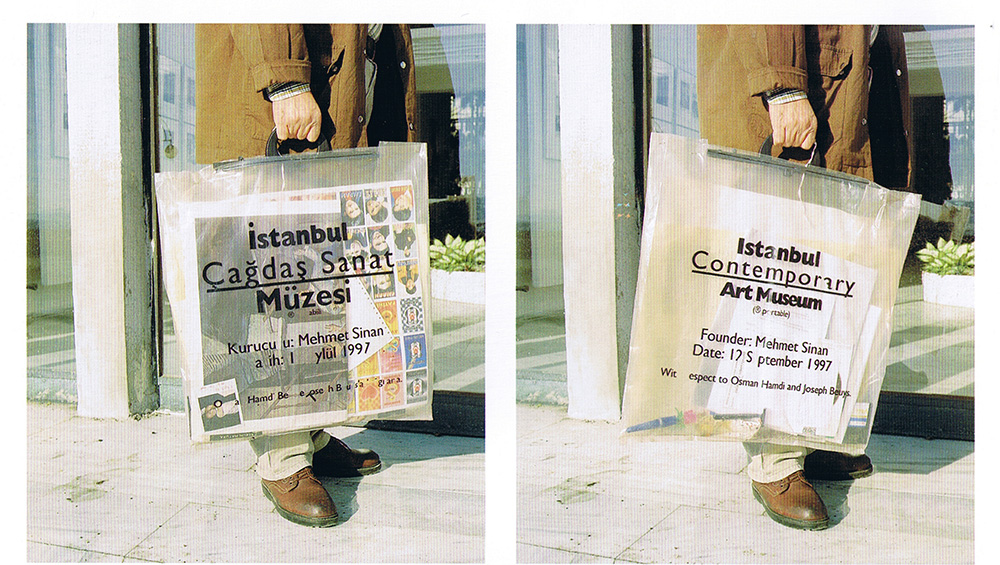 There is no real life in the white cube. That is why consequently the show at Plato Sanat neglected any live performance, and solely focused on its storage for discussing the mediation of artistic authenticity in the context of its representation in an exhibition. 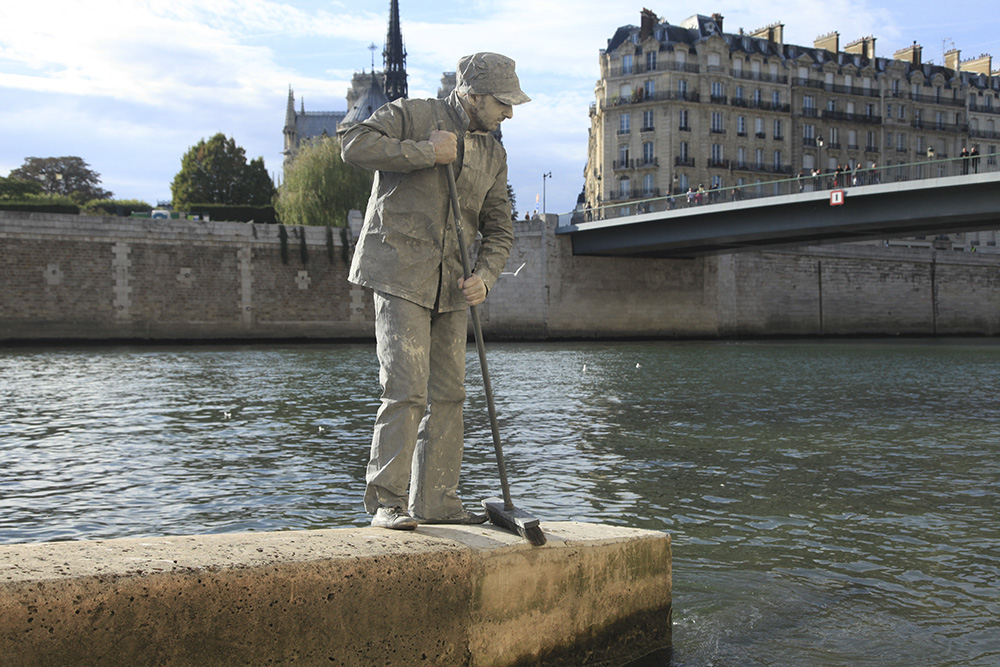