A cool and calm musician in Kadıköy...

We became your fans as you sang softly with your guitar. How long have you been interested in music, and do you play other instruments?

It’s been 15 years since I started playing guitar, and for the last ten years of that period I have been trying to play my own music. I may probably play a few notes on other instruments but other than the guitar, I wouldn’t say that I could really play an instrument. As for the guitar, I play it well enough to write my songs, meaning enough to tell my story.

What were the most important factors that influenced you for music?

I grew up in a house where the music was always on. Even though they are not professionals, both my parents are devoted to music. Besides, we as an entire generation had the advantage of growing up in an era when the best quality Turkish music was mainstream.

Do you sing and play only songs you write, or are there other artists whose music inspires you, or you enjoy playing as well?

There are many musicians that I draw inspiration from, or rather that I enjoy listening to; for instance Sezen Aksu and all her clan… The alternative music scene is also full of amazing and inspiring people. This being the case, I enjoy playing their wonderful songs as much as I enjoy mine.

What motivates you the most when writing your songs?

No matter what the subject is, beautifully written words always inspire me. Sometimes I compose my friends’ poems or lyrics, and sometimes my own lyrics so there is variety in themes.

Why do you prefer playing soft songs with a single instrument rather than a band with more instruments and vocals?

I actually had a large band called ‘Emir Bey’ years ago and I really enjoyed it but the friends I played with were busy and we couldn’t get together much. So I have been playing solo for a while, which means I can rehearse in my living room and prepare for a concert! 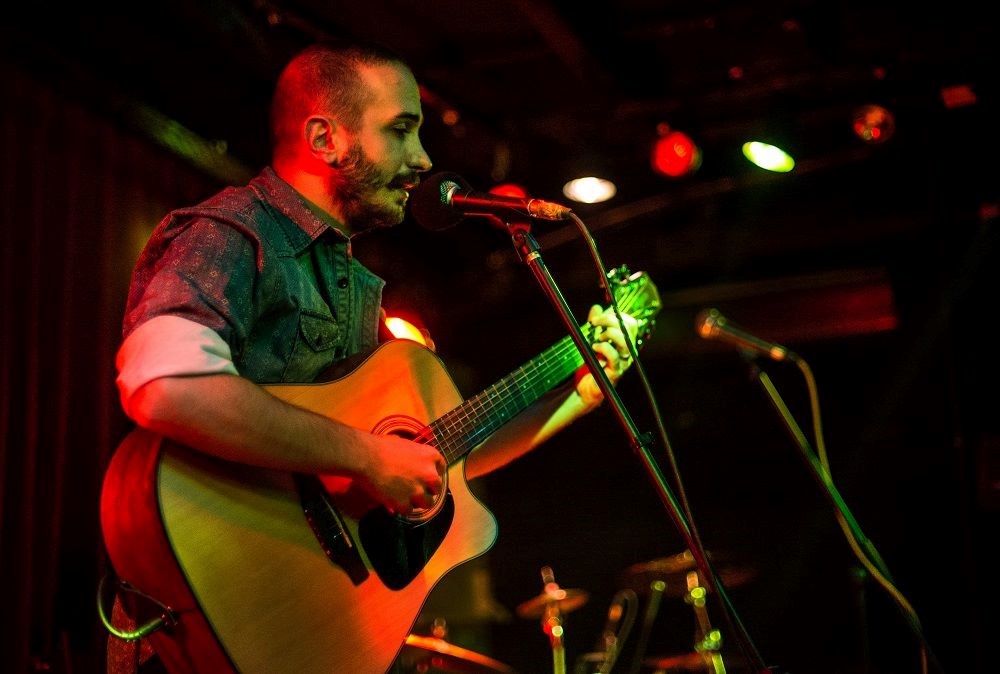 What about your guitar preferences? Kind of wood, brand or other accessories you use…

The one I am using is a present from my wife. So I can say that I prefer guitars that are given as gifts to me.  She made a detailed research and in the end decided a very beautiful Takamine would be good for me. I am not very informed about the kinds of wood but the feeling it gives when I hold the guitar, the smell of wood and its timbre determine my choices.

I also want to ask you about your mustache! What is the secret of the mustache?

Patience. If you are patient enough and can get through the ugly stage of growing it, you can have a nice and long mustache in the end. And also people take me more seriously when I am mustached.

Which do you like best, playing chords and singing, or playing the guitar solo?

Singing is what I enjoy most. And I love playing guitar in any style… Singing or not!

I have written 10-12 pieces that are in a song format; I am quite pleased with the quality of two of these songs, and about half of these have been recorded one way or another. So about to make an album!

What about your private life, are you a night owl?

I used to go to too many concerts; it was kind of like market research checking out the local music scene two or three nights a week. But now I feel less energetic and also I can hide behind the excuse of “I am a married man”. But still, I try to go to at least one or two good concerts a month. 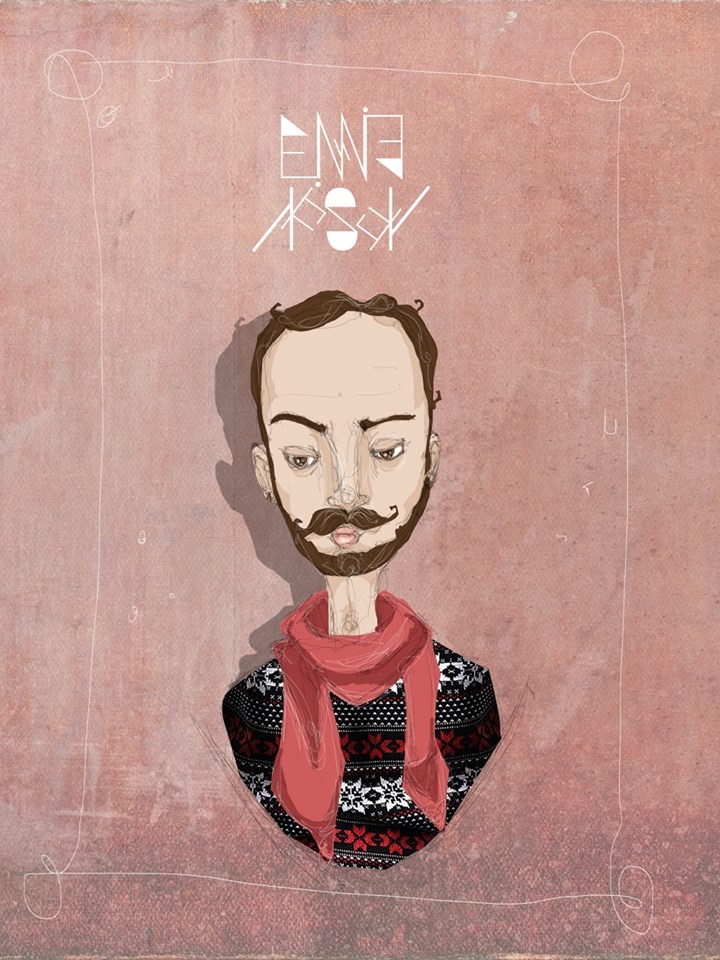 And the usual question, can you make a living on music?

I am not trying to because once money enters the equation, the intangible quality of music seems to diminish… But I still see people around me, even if just a few, that can actually achieve that, and it makes me happy.

So what else do you do besides music?

Currently I am developing the strategies of a digital agency called Rhino Runner. And for almost two years we are producing a show titled “Pürtelaş 3+1” broadcast on ListeList. I have lovingly served as a member of the Leo community for a long time, part of a worldwide civil society organization (Lions International), and this year I am the president of my club, Beykoz Leo Club. So life is pretty busy.

Are there new recordings? Will we be watching you on Youtube again?

Some concert recordings, unexpected videos… anything can happen any moment of course but for now I don’t have anything planned for a set date.

Haven’t you ever thought of releasing an album? Or do you think it is necessary to reach the masses?

I am thinking of releasing an album but I am waiting for the exact time for it to be just like I imagined and just when I feel is right. An album is not a must anymore but I want it for myself, to hold in my hand and play in the car, and add to my archive at least.

If you didn’t have music in your life, what do you think you would do?

I would definitely be writing more or taking more photographs. I am actually doing those along with my music, but right now they come after music in hierarchy.

As a musician that lives in Istanbul, which neighborhood or district is your favorite?

I think it would be the Kadıköy district as a whole. I think the market place, Moda neighborhood or the Bağdat Avenue, the coasts, the views, the green and the peaceful feel all make calmer and nicer people… And the fact that so many creative people live here makes Kadıköy an inspiring place, I believe. 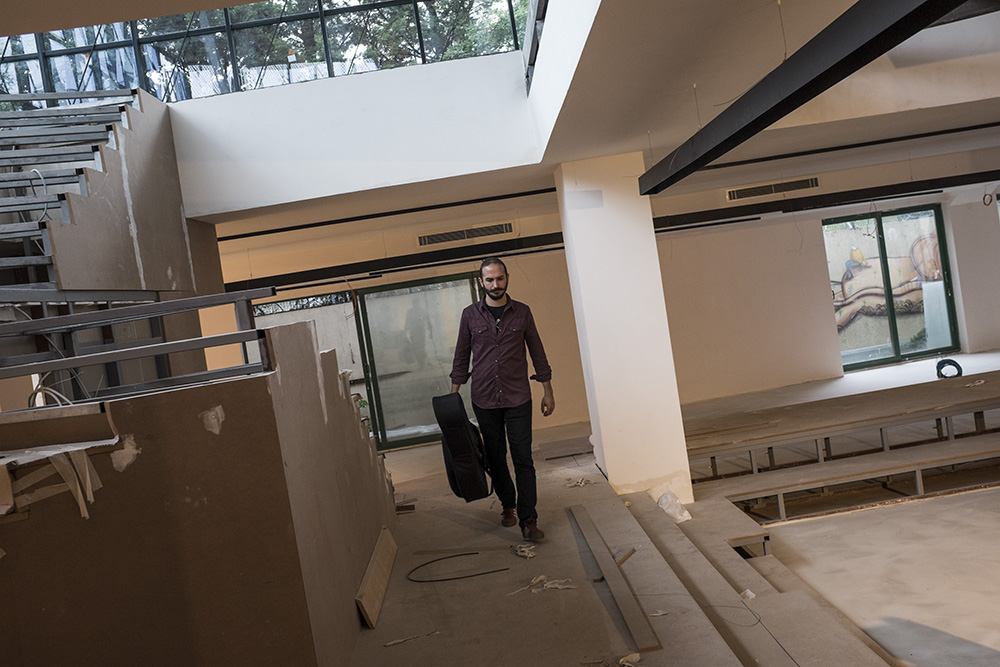 Do you have superstitions or lucky charms when going on stage?

I guess not; I only take care about what I wear. The idea that “Being on the stage is a serious thing” has somehow been instilled in my head, and it doesn’t go away. And I am glad that it doesn’t.

Last questions, which 5 musicians or bands have influenced you the most?

Where and when will you be appearing next in September?

There will probably be a concert around Beyoğlu, at 60 m2, Peyote or Kamayor in Galata, or somewhere unexpected… We will see.

How can people follow you and listen to your music?

I have a Facebook page where I share what I do. I also have a SoundCloud account where I upload my songs, and a blog I use as a musical journal!